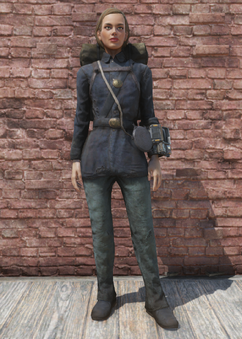 The Union uniform and Union hat are an outfit set in Fallout 76.

A United States Army officer's uniform from the American Civil War, the Union uniform consists of a dark blue sack coat worn over sky blue pants with a knapsack, boots, and a water canteen. 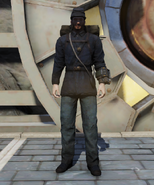 Worn by a male
Add a photo to this gallery
Retrieved from "https://fallout.fandom.com/wiki/Union_uniform?oldid=3396425"
Community content is available under CC-BY-SA unless otherwise noted.