Fallout 3
“Underworld has become a haven for disenfranchised Ghouls throughout the Capital Wasteland.”— Fallout 3 loading screen

Underworld is a location in the Capital Wasteland in 2277.

The settlement was formed in the Museum of History, among the remains of a special exhibit showcasing different views on the afterlife.[1] Banners hang on either side of the entryway that read, "an exhibit on death and the afterlife" and the entryway itself is marked "Underworld Journey."[Non-canon 2][Non-canon 3]

The ghouls that live here are a group of disenfranchised inhabitants of the Capital Wasteland.[2] They are wary of strangers, but extend their welcome to visitors, so long as they behave themselves.[Non-canon 4] The group isn't bothered by the super mutants outside, but resent the Brotherhood of Steel for causing conflict in the area.[3]

A ghoul named Willow patrols the exterior of the museum. A Brotherhood of Steel outpost is located nearby, and there are super mutants across the road in the Mall. The settlement has a bar, inn, clinic, general store, and hair stylist.

Immediately inside of the entryway is a large statue. Tulip's general store, Underworld Outfitters on the left and Winthrop's office to the right in the back corner. Doctor Barrows' clinic and the Chop Shop are located on the far wall. Heading up either set of stairs will take the Lone Wanderer to the second floor balcony. On the left is the Ninth Circle, a bar run by Ahzrukhal. On the right is Carol's Place, where the player character can rent a room or purchase food.

If Megaton was destroyed without finishing the quest Wasteland Survival Guide, Moira Brown may be selling miscellaneous items in the large room at the end of the overlook. The Lone Wanderer may also resume helping her with the Wasteland Survival Guide. Between the two upper-level establishments there is Snowflake, the resident barber, who is desperate to work with "a full head of hair" and wants to give the player character a haircut.

¹ Unconscious if Reilly's Rangers quest is active
² If she survives Stealing Independence
³ If she survives destruction of Megaton
⁴ If freed from his prison cell during the Finding the Garden of Eden quest.

Underworld appears only in Fallout 3. 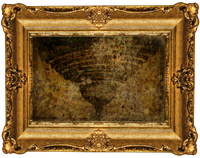 Dead Underworld in an endings slide 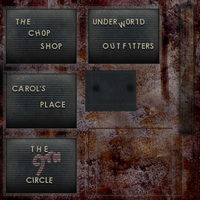 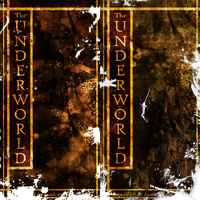 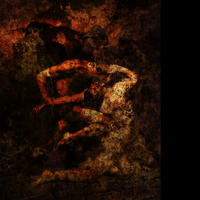 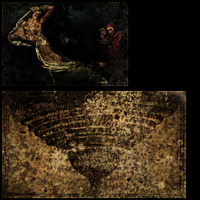 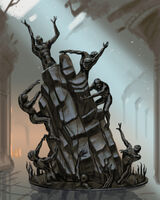 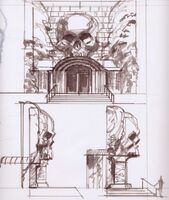 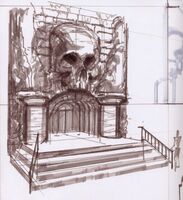 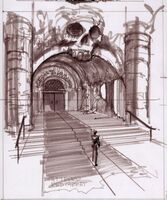