The Dark Heart of Blackhall
“One of us, one of us. Ug-Qualtoth is returned //unintelligible//”— Jaime Palabras' father, Dunwich Building terminal entries

Ug-Qualtoth is a supernatural, eldritch entity. An altar dedicated to the worship of this being resides in the virulent underchambers of the Dunwich Building in 2277.

Anthropologists have speculated the swampfolk have a belief in the occult, and some postulate they pray to an entity named Ug-Qualtoth.[Non-canon 1]

A strange altar found in the depths of the Dunwich Building may hold the key to discovering more about this previously unknown entity. Unfortunately, because all investigators into grimoire oddities are currently attempting to scrape together a day-to-day existence or are dead, further research may never occur.

Legend states that pressing the fabled Krivbeknih into this eldritch obelisk can force those of impure blood to face a fiery death.[1]

Constance Blackhall was a collector of the occult text and artifacts like the Krivbeknih.

The altar of Ug-Qualtoth, as well as its placement within the Dunwich Building and significance to the swampfolk is a reference to H. P. Lovecraft's short story, "The Dunwich Horror", in which a swamp-dwelling family breed the offspring of a cosmic entity, Yog-Sothoth, which proceeds to wreak havoc on the neighboring town of Dunwich. The building's name is a direct reference to Lovecraft's short story with Ug-Qualtoth being a similarly-named entity, and the swampfolk being an allusion to the family that also appears in the story. 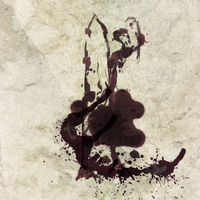 Image of the bloody sketch found in Dunwich Building 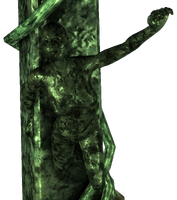 Close up of figure