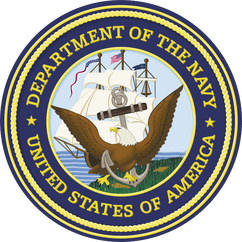 The USS Interference was a submarine for the United States Navy.

In 2066, the U.S. Navy Missile Cruiser USS Ebon Atoll was accidentally sunk by the USS Interference during the Battle of Anchorage. The Interference mistook the Ebon Atoll for an enemy vessel and shot it with a nuclear torpedo, killing all on board. It was one of the worst U.S. Navy disasters since World War II.[1]

The USS Interference is mentioned in Fallout 3.

Retrieved from "https://fallout.fandom.com/wiki/USS_Interference?oldid=3343963"
Community content is available under CC-BY-SA unless otherwise noted.