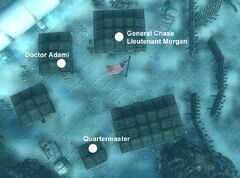 “That should be the last of them, and the last of the bombing runs on our guys, thanks to you. I'm going to order our men back to the Field H.Q. See you there.”— Sergeant Benjamin Montgomery

All re-skinned and indestructible versions available through a glitch.