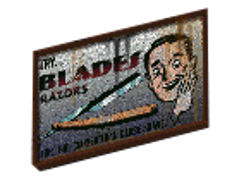 Free Adytum from the Regulators

Twitch is a member of the Blades located at the LA Boneyard in 2161.

Twitch is mentioned only in the dialogue files of several other cut characters thus never appeared in the final version of Fallout.

Retrieved from "https://fallout.fandom.com/wiki/Twitch?oldid=3330131"
Community content is available under CC-BY-SA unless otherwise noted.