Federal Agencies have added a new person of interest to our watch list.

Doctor Jiang is a Chinese National defector. Naturalization agents in Norfolk processed his defection after jumping over from a merchant ship he was stowed away on. Jiang was apparently in communication with a US Naval Intelligence contact for some months prior. He's reportedly brokered an immunity deal in exchange for his help recovering intelligence from the downed submarine off our coast.

Jiang is staying in room 1D at the Homestead Motel off the boardwalk. We're explicitly forbidden from issuing a search warrant against this location, but are authorized to monitor his activities in public.

Interrogation Reports
* Personnel must report ALL intelligence up chain of command via Commanding Officer.

Hunter spent another session in interrogation room B with the surviving crew member from the Chinese spy sub Navy is attempting recovery on. This guy's demonstrating extraordinary fortitude for a relatively low-ranking grunt. Can't say the Chinese don't make good soldiers out of their boys. I'm sure this one would have gone the same way as his skipper if the cyanide capsule in his molar hadn't been a dud.

Hunter requested method B interrogation clearance, so I'm putting through to Quantico for that in the morning.

Yang succumbed under method D interrogation during the afternoon. Medical examiner called in and verified cause of death as natural for the records. She's filed away in the morgue downstairs for now, locker TD-0181. We're running out of space down there and may need to do a disposal early this quarter.

Brenner observed suspicious activity after lights out yesterday. Prisoners apparently snuck into morgue overnight. He had the good sense not to apprehend them before reporting the event. We've known for some time about a septic runoff access point in the basement which would be a good candidate for escapees. The runoff flows southwest of the camp about a quarter of a mile or so.

We'll keep a low profile about this and post guards in the area. They could make their break any night. Meanwhile I'll try and find an excuse to send somebody down there and check it out without arousing suspicion. I'd rather catch them in the act.

Local community informants provided intelligence leading to the capture and arrest of a priority person of interest, Wan Yang, aka Five Claw Dragon. Yang is on file with DIA as a Chinese Intelligence field agent, operating within America and Canada over the past decade. Yang has been transferred to Turtledove Detention Camp for interrogation. Our office has so far declined comments to press and diplomats. Please have DoD relations advise regarding a public statement.

Wan Yang, suspected communist and Chinese sympathizer, has been reported in the vicinity of Point Lookout. Agent Yang may be operating under an alias and/or using a disguise. You are required to report any suspicious persons or behavior to Lt. Krumfolz (DIA) at the US Recruitment Station located at 1811 St. Mary's Branch.
Known Aliases: Jamie Patrick, Maria Lopez, Stanley Derrick, Five-Claw Dragon 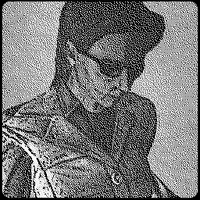