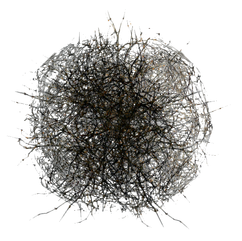 In New Vegas, tumbleweeds appear as balls of golden brown weeds that roll around the Mojave Desert. Often they can get stuck on things, such as the buildings of Goodsprings.

Tumbleweeds travel west, which could imply that there is a slight westward breeze in the Mojave Wasteland.

A tumbleweed is very light, so shooting it will make it fly several feet. Because a shotgun shoots many pellets at once, shooting it with one will commonly send the tumbleweed flying into the sky so far that it usually disappears from sight before it can be seen landing.

If you jump on top of one, it strangely makes the same noise as walking on a metallic platform. 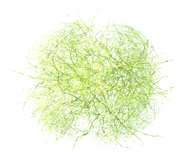 Add an image to this gallery
Retrieved from "https://fallout.fandom.com/wiki/Tumbleweeds?oldid=3189795"
Community content is available under CC-BY-SA unless otherwise noted.