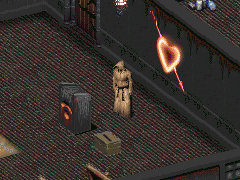 Father Tully is the head priest who can be found in a church in New Reno's Commercial Row in 2241.

Father Tully appears only in Fallout 2 and is mentioned in the Fallout Bible.

Divorce
Add a photo to this gallery

Retrieved from "https://fallout.fandom.com/wiki/Tully?oldid=3369371"
Community content is available under CC-BY-SA unless otherwise noted.