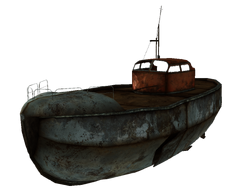 A tugboat is a type of large boat.

This type of boat was used by people before the Great War, generally in a commercial capacity. A tugboat is a type of vessel that maneuvers other vessels by pushing or pulling them either by direct contact or by means of a tow line.

Tugboats typically move vessels that either are restricted in their ability to maneuver on their own. Many tugboats can be found throughout the wastelands of the former United States. 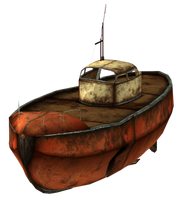 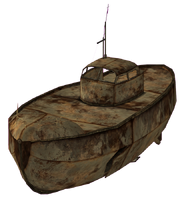 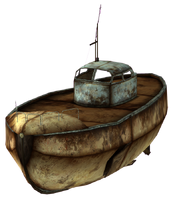 Add a photo to this gallery
Retrieved from "https://fallout.fandom.com/wiki/Tugboat?oldid=3391397"
Community content is available under CC-BY-SA unless otherwise noted.