Pre-War trash cans are found throughout the Commonwealth, generally as street furniture near buildings. They are metal, painted green, with chrome side plates and a sliding handled lid to the front. The word 'Trash' in faded lettering is written above. As with most post-War items they are worn and rusty, though the lid still functions and will slide forward when opened.

As a container it can be interacted with and will contain randomized minor loot. They respawn, therefore it is not safe to store items inside. Note there is another identical version of this trash can that is empty and does not spawn loot, therefore not every pre-War style trash can will have loot.

Some fragmentation grenades can be found, together with other random loot, in the trash can on the left of the wooden bridge in Sanctuary Hills. This is similar to Fallout 3 where, in Springvale, close to the exit of Vault 101, frag grenades can be found in a blue mailbox. 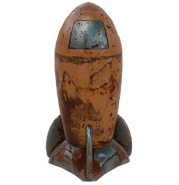 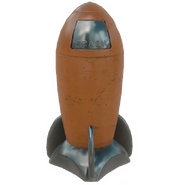 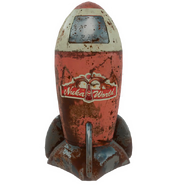 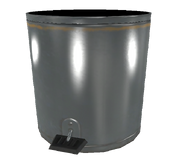 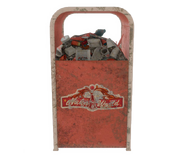 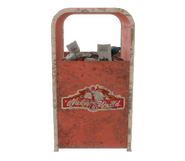 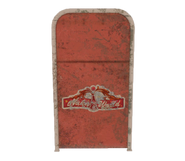 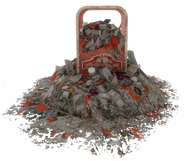 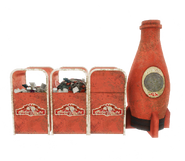