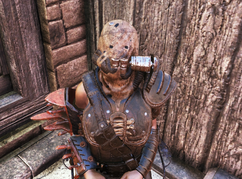 Ally: Traitor's Demise is an ally quest for Beckett in the Fallout 76 update Wastelanders.

Ronny from Edwin's gang wants their key back and want the traitor who stole it, Bronx, dead. Go to Ingram Mansion, which has been fortified as a Cult of the Mothman base, and kill Bronx. If the Mothman cultists get involved and attack as well, kill them until it is safe to fast travel back to the C.A.M.P. Return to Beckett to complete the quest.

Retrieved from "https://fallout.fandom.com/wiki/Traitor%27s_Demise?oldid=3490936"
Community content is available under CC-BY-SA unless otherwise noted.