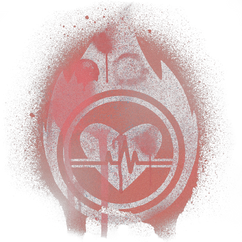 Lieutenant Thomas was a Fire Breather in the Responders.

Thomas was a fire lieutenant in Charleston before the Great War and joined the Fire Breathers in its aftermath. They led a mission to Brim Quarry on March 10, 2095, where their squad suffered a casualty (Garrett) when they encountered mole miners. Prior to the final assault, they wrote an action report which can still be found at Brim Quarry in 2102.[1]

Lieutenant Thomas is mentioned only in Fallout 76.

Retrieved from "https://fallout.fandom.com/wiki/Thomas_(Fallout_76)?oldid=3232187"
Community content is available under CC-BY-SA unless otherwise noted.