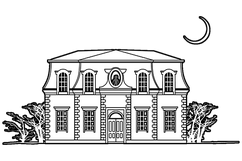 When returning to the Cabot House after saving Jack's sister, the Sole Survivor will get this mission assigned by Jack to help prevent raiders from freeing Lorenzo. Although one can actually fail in preventing the raiders from freeing Lorenzo, the Sole Survivor still has to kill them all once Lorenzo is released. Regardless of the choice above, when finished on the floor with Lorenzo's cell, don't try to leave the asylum by retracing the player character's steps unless they have a jet pack. Doing so will lead to a dead end under the room they dropped from on the way down. Instead, use the elevator in the control room to return to Cabot's office.

Choosing to save Lorenzo by pushing the switch by his door will prompt Lorenzo to leave his cell; him saying he wants to have a "long overdue" conversation with his son. He tells the player character "we'll have to kill him, you know. And the rest of them." He says his son trapped him in there in 1898; nearly 400 years before the in-game date.

The following describes the details for Plan C in which one frees Lorenzo and then kills him before he leaves the area that is outside his cell:

Retrieved from "https://fallout.fandom.com/wiki/The_Secret_of_Cabot_House?oldid=3343132"
Community content is available under CC-BY-SA unless otherwise noted.