Deliverer of Sorrows
Rite of Passage

Honest Hearts
“The Narrows up ahead, that's the Sorrows' territory. They're peaceful enough, but you don't want to make them mad.”— Follows-Chalk

The Narrows is a location in the northern part of Zion Canyon and is the main camp for the Sorrows in 2281. It is where Daniel resides, and the ending point of the quest Deliverer of Sorrows. It is also the location where the quest Rite of Passage can begin if the requirements are met.

The winding cliff sides and its many dead ends can become troublesome, as the higher one climbs, the higher the chance of falling a fatal height.

By going through Half Mouse cave and exiting through the back, it will lead to the higher part of the Narrows that contains a few beds, some minor loot (must be stolen), and three geckos. The geckos will not harm the player character unless provoked. By continuing up a ramp, several cliff sides all along the Narrows can be traversed, which is a good way to get around.

The three geckos will not attack unless provoked, although killing one may not alert the others. If they do turn hostile, the tribesmen will aid the player character in combat.

The Narrows appear only in the Fallout: New Vegas add-on Honest Hearts.

The Narrows is an actual location in the real Zion National Park. 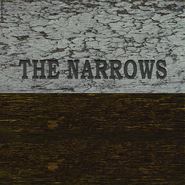