The Mechanist's lair, formerly the United States of America Robotics Technology Facility RB-2851,[1][2] is a location and potential settlement in The Commonwealth in 2287.

The Mechanist's lair is hidden underneath the RobCo Sales & Service Center, which primarily sold and maintained terminals. Employees of the service center were specifically instructed not to interact with any abnormal shipments, or else they would be taken for "extensive questioning by our friends downstairs." In the service center's basement, a large hidden door that requires a robot equipped with an M-SAT to open leads into a large underground pre-War facility that was used for the development and construction of Robobrains. The facility was operated jointly with General Atomics and the U.S. Army Robotics Division. Part of the facility functioned as a pseudo-prison, housing prisoners who were later operated upon to remove their brains. After being wiped of memories and subjected to assorted tests, the brains were housed in Robobrain heads and mounted on any of a number of devices, including the bodies of normal Robobrains.

At some point before the events of Automatron, Isabel Cruz discovered the facility while scavenging, and took it upon herself to use it to create an army of robots to save the Commonwealth from anything which may threaten humans.

At the end of Restoring Order, direct access to the lair becomes available via a freight elevator inside a garage northwest of the East Boston Preparatory School. Upon completing the quest, the lair also becomes a new settlement.

The Mechanist's lair only appears in the Fallout 4 add-on Automatron. 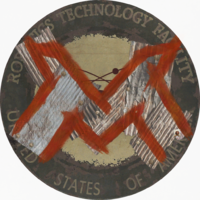 Mechanist logo on the ground in the headquarters 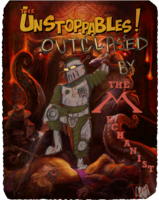