The Island, formerly known as Mount Desert Island, is a location in 2287, within what was once Maine. It serves as the setting of the Fallout 4 add-on Far Harbor.

Before the Great War, this island off the coast of Maine was home to Acadia National Park.[1] The island also hosted an experimental wind farm on the mountainside as a "clean" alternative to nuclear power, but was set to be shut down and dismantled at the end of October 2077 due to the threat that wind power presented to its nuclear-based parent company.[2][3]

After the War, Mount Desert Island was radically changed. The island is now perpetually blanketed in a thick, radioactive fog; nearly every species on the island has been severely mutated and only a few areas are still left habitable.[4] The denizens of Far Harbor have managed to keep the fog at bay with fog condensers, a technology developed and distributed by Acadia, however there are individuals on the island that want to see the condensers turned off and the entire island covered in the radioactive fog.

The Island itself is quite large and features over forty-five marked locations. The climate is cold and wet, dark and dreary, accented by rolling pockets of radioactive fog and frequent radioactive thunderstorms in thick wooded areas. These radstorms are especially frequent on the southern end of the Island.

The Sole Survivor arrives in the Island's last remaining real human settlement, Far Harbor, which is located on the far eastern coast of the island. The Island is also home to a group of escaped synth refugees based in a pre-War observatory on a mountaintop towards the center of the Island, called Acadia. Another major faction on the island is the religious cult of the Children of Atom. Their headquarters is a pre-War nuclear submarine base called the Nucleus, which is southwest of Acadia, off an inlet into the central part of the island.

Instead of Nuka-Cola, the residents of the island even before the War preferred their own locally produced soda brand known as Vim! which was native to New England and can still be purchased in Far Harbor and found throughout the island. There remains a Vim! Pop factory on the southern part of the island where the beverage was produced prior to the War, now inhabited by super mutants. 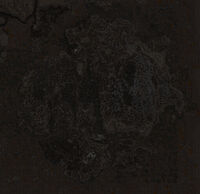 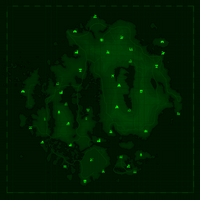 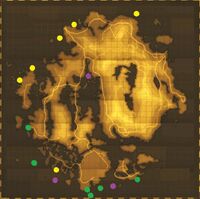