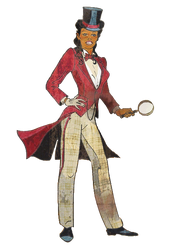 The Inspector as she appears on an Unstoppables advertisement

The Inspector is a fictional character in the Fallout world and the protagonist of The Inspector comic book series.

The Inspector is a comic book character created by Hubris Comics Publishing. Dressed similarly to a circus ringmaster, the Inspector is described as a 'magician detective' who uses magic spells to fight crime and solve mysteries.[1] She can often be seen carrying a magnifying glass, which also features on the logo for her comic.

In addition to her own series, she appeared regularly as a member of The Unstoppables, a superhero team made up of other Hubris Comics legends such as the Silver Shroud and Grognak. The Inspector appeared as a playable character in Don't Be Bored Games Company's Unstoppables ShiNdig.

The Inspector's costume can be purchased from the Atomic Shop in Fallout 76 for 800 Atoms.

The Inspector is mentioned in Fallout 3, Fallout 4 and Fallout 76.

The Inspector on the cover of Unstoppables: Dr. Brainwash and His Army of De-Capitalists! 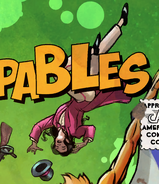 The Inspector on the cover of Unstoppables: Trapped in the Dimension of the Pterror-dactyls! 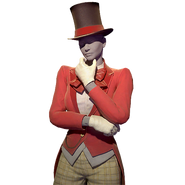 The Inspector costume as seen in the Fallout 76 Atomic Shop

With the crew
Add an image to this gallery

Retrieved from "https://fallout.fandom.com/wiki/The_Inspector?oldid=3267052"
Community content is available under CC-BY-SA unless otherwise noted.