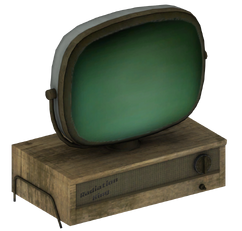 Television sets or TVs are objects found throughout the post-War United States.

Produced before the Great War, televisions were objects system for transmitting visual images and sound to broadcast programs for entertainment, information, and education. Broadcasts were displayed on televisions in black or white. However, some could produce color images. Although curved screens are commonplace throughout the wasteland, flat-screen models exist, within facilities not accessible to the public.[1] Some televisions are of the Radiation King brand. Advertisments for them can be found throughout the Mojave and Capital Wastelands. Some sets are derelict, left inoperable after the war, whereas some are still functional and display the message "Please Stand By" if powered.

Some of the televisions look similar to the real world Predicta line of televisions, produced by the Philco company in the late 1950s. 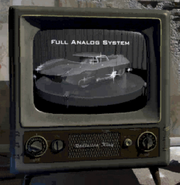 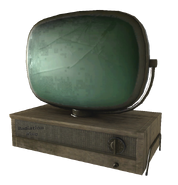 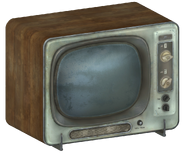 Within a home in Fallout: New Vegas 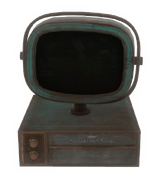 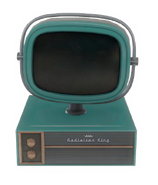 Radiation King television in the House of Tomorrow

Retrieved from "https://fallout.fandom.com/wiki/Television_set?oldid=3505398"
Community content is available under CC-BY-SA unless otherwise noted.