Could it be that he is Three Dog's brother since he stated he came from a Pitt-like place? —Preceding comment was unsigned. Please sign your posts with ~~~~! 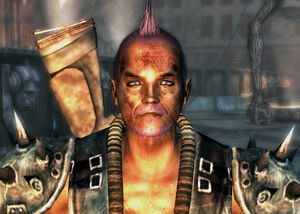 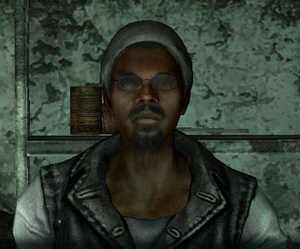 Wasn't my comment/question, I only moved it from the article :) Personally I don't think that their nick names being similar indicates they are related in any way. -- Porter21 (talk) 15:54, 27 April 2009 (UTC)

O-Dog sometimes says what he wants to know the taste of this meat. This page does not say a word about it. If slaves eat slop, and he did not even know this, then he never ate it? The name of the replica DLC01DialogueHaven_HELLO_0000B1E6_1 is in the editor, at least I there found it in russian localization. Maybe he is a hidden cannibal.--ExplorerSmaily (talk) 08:35, March 30, 2018 (UTC)

Retrieved from "https://fallout.fandom.com/wiki/Talk:O-Dog?oldid=2844077"
Community content is available under CC-BY-SA unless otherwise noted.