While the most popular rendition of the song was recorded by Denver, the version appearing in the trailer is a cover performed by New York-based doo-wop group Spank.[1] It was produced by Copilot Music + Sound, a music content company that had previously created the Nuka-World theme song.[2][3]

Almost heaven, West Virginia
Blue Ridge Mountains, Shenandoah River
Life is old there, older than the trees
Younger than the mountains, blowing like the breeze

All my memories, gather 'round her
Miner's lady, stranger to blue water
Dark and dusty, painted on the sky
Misty taste of moonshine, teardrops in my eyes

I hear her voice, in the morning hour she calls me
The radio reminds me of my home, far away,
And driving down the road I get a feeling that
I should've been home yesterday, yesterday

Variety Magazine interviewed Todd Howard, Pete Hines, and the founding members of Copilot Music + Sound regarding the production of the song on July 31, 2018.[7]

“One of the early challenges as an arranger was, ‘How do you keep the song intact, which is very straight ahead harmonically and thematically, and somehow get it to meet in the middle with the jazz harmony and the swing feel of that earlier music?” says Copilot co-founder Ravi Krishnaswami. “We tried to create something that felt not only like two great musical traditions smashed together, but a cohesive piece of music that stands on its own.”

To bring the essence of the Ink Spots to life, Copilot co-founder Jason Menkes tapped New York City vocal group Spank to take a crack at merging the musical worlds of ‘30s doo-wop and ‘70s country.

The band’s cut was so successful, the Bethesda team decided to break from its normal tradition of releasing a soundtrack after a game has been released (“Fallout 76” doesn’t hit retail until November) and instead put a strategy in place for the song to capitalize on the trailer’s viral buzz. That included partnering with Habitat For Humanity as the campaign’s charity partner, with all proceeds from the “Country Roads” iTunes download going to the organization.

That the song found an audience so quickly on the July 4 audience was a surprise not lost on Pete Hines, Bethesda’s senior VP of global marketing and communications. “The first thing I thought was, ‘Wow, that was fast.’ I thought people were out to the beach, but they wasted no time whatsoever,” he says. “We started to get an inkling that might be the case after we premiered the trailer at E3 and people on social media kept sending me short videos of different karaoke bars where somebody sang ‘Country Roads.’ I thought, ‘This is getting to be a thing,’ so to see how quickly the song shot to No. 1 sort of validated our decision to do something right away and not have someone else do the marketing for you.””

Group member Scout Ford was interviewed by the expatalachians website on March 5, 2019 regarding the recording process.[8]

“As Scout Ford, the member of the group who sang lead on “Country Roads,” explained in an interview with expatalachians, Spank got the recording contract through a happy coincidence. “We were doing a birthday for a one-year-old child that the parents set up, and through that we got into contact with a producer who wanted us to record the song for Fallout 76,” he said.

According to Ford, the recording process for the song was fairly involved, with Fallout 76’s creators sending guidance on the specific harmonies they were looking for in the song and Spank giving several recordings to the game makers. “We did it according to what the client wanted, but we were able to layer the harmonies with our own sound,” Ford said.

When asked which if any of the hundred versions of “Country Roads” inspired his take on the song, Ford was resolute. “When I listened to it, I heard John Denver,” he said. “It was a great song, it was sung well, and people can feel it. It’s like classical music. People feel it even when they can’t understand it,” Ford said.” 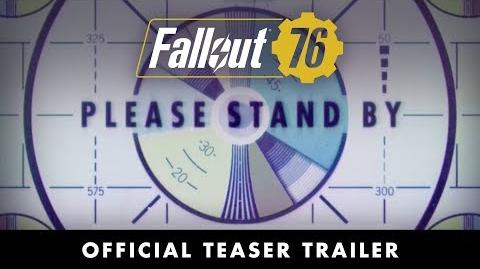 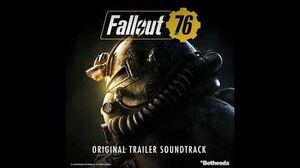 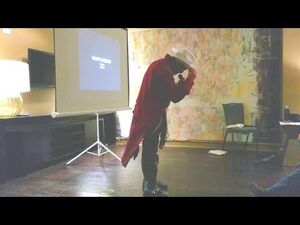