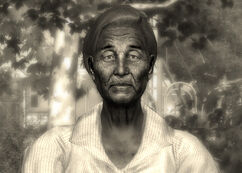 “Don't know. Can't sleep sometimes... Hear voices... My own skin doesn't feel right. None of this is right. You've got to believe me! You've got to find that failsafe!”

T. "Old Lady" Dithers is one of the inhabitants of Vault 112 and part of the Tranquility Lane virtual reality simulation in 2277.

“Poor Old Lady Dithers; she's a sweet old thing to be sure, but prone to bouts of senility. She's recently taken to warbling on about "computer simulations" and "fail-safe" operations. The neighbors sure hope they won't have to commit the old dear.”— Fallout 3 Official Game Guide

T. Dithers is a inhabitant of Vault 112 and like the other Vault Dwellers, Old Lady Dithers is trapped in the Tranquility Lane simulation and subject to Stanislaus Braun's whims. Unlike the others she is at least partially aware of what Stanislaus is doing and tries to alert the others in the simulation but they just treat her like she is crazy. The terminal attached to her pod chair in Vault 112 notes that several readouts show anomalous readings, likely either a cause or symptom of her awareness.

Being one of the very few people who is fully aware of the simulation, the rest of the ignorant populace have declared Dithers as insane and do not believe her. As such, she is considered to be an outcast by the inhabitants.

Retrieved from "https://fallout.fandom.com/wiki/T._Dithers?oldid=3125370"
Community content is available under CC-BY-SA unless otherwise noted.