The T-45d power armor is a type of armor in Fallout: New Vegas.

T-45d power armor provides a Damage Threshold of 22 as well as a bonus of 10% to Radiation Resistance, +2 to Strength and a -2 penalty to Agility. This DT is lower than that of T-51b power armor and Remnants power armor, but still provides protection equal or superior to all non-powered armor in the game. 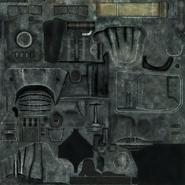 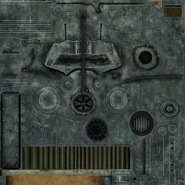