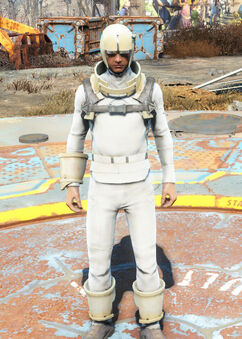 Synth armor is a type of armor set in Fallout 4.

Synth armor is a type of combat armor plating created by the Institute for their first and second generation synth soldiers deployed in the Commonwealth.

It can be upgraded with pocketed, cushioned, strengthened, lead-lined and other standard modifications.

Can be found on various generation 1 and generation 2 synth soldiers throughout the Commonwealth. Dirty variants of synth armor are worn by synths at: 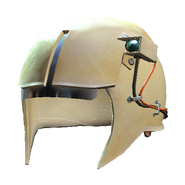