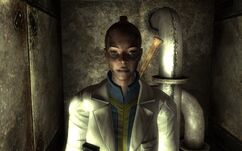 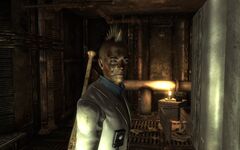 The survivor is a hostile character encountered in Vault 106 in the year 2277.

A descendent of original vault dwellers, the survivor has been left insane by the psychoactive drugs that are still being pumped through the air systems of Vault 106 as a result of the vault's experiment. Because of this, the survivor only functions on primal reflexes.

The survivor appears only in Fallout 3.

Retrieved from "https://fallout.fandom.com/wiki/Survivor?oldid=3272719"
Community content is available under CC-BY-SA unless otherwise noted.