A survival tent is a movable camp in Fallout 76. It is exclusive to members of Fallout 1st.

The survival tent is a small tent that contains a stash box, a sleeping bag, a cooking station, and a scrapbox. Depending on the tent, it may also include an instrument or/and a tinker's workbench.

Survival tents are used to create a mobile fast travel point that the player can deploy nearly anywhere in Appalachia. They can be placed or moved by opening the Favorites wheel and pressing the appropriate button. Survival tent placement is only enabled for Fallout 1st members.[1]

The player can place their survival tent outside wherever there is a relatively flat terrain that is not near existing structures nor in a restricted area. The survival tent cannot be placed inside or near a C.A.M.P., Workshop or fast travel locations. The immediate area around Vault 76 and the Whitespring Golf Club are examples of restricted areas. Survival tents can be in closer proximity to one another than is allowed for C.A.M.P.s.

The survival tent was developed from documentation to release by systems designer Matt Cesario.[2] 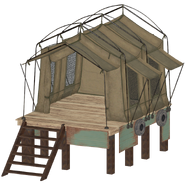 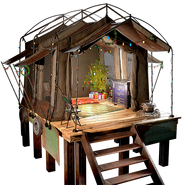 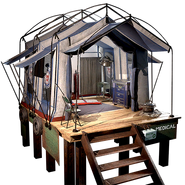 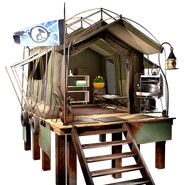 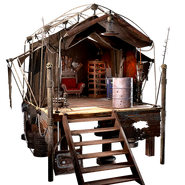 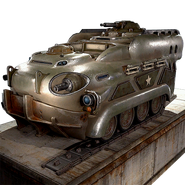 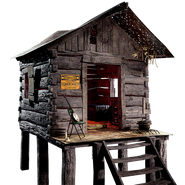