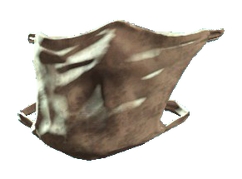 The surgical mask is a piece of headwear in Fallout 4.

It is purely cosmetic, and is similar as well as worn similar to other bandanas in the Commonwealth. 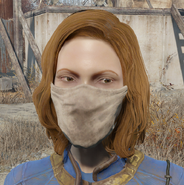