The super sledge is a melee weapon in Fallout 76.

The super sledge's main advantages are its large damage output and long reach, capable of killing most common enemies, such as feral ghouls and scorched in one or two swings. Its major disadvantages are its heavy weight and slow swing speed, the latter of which can cause the player character to get stuck if faced with a faster-hitting melee opponent constantly blocking their swings.

If one swaps to another weapon via the favorites wheel while a super sledge with a heating coil is drawn, the sound effect from the sledge will still continue to play. This can be fixed by pulling the super sledge back out, holstering it and then swapping to the other weapon.[verified] 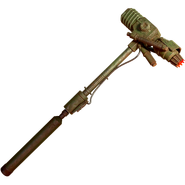 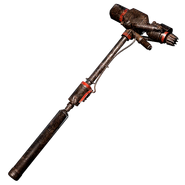 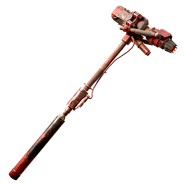