United States of America
“From groceries to electronics, gardening supplies to home decor, Super-Duper Mart has it all!”— Loading screen advertisement slide

Super-Duper Mart was a pre-War retail corporation that operated a chain of grocery stores and supermarkets.

The Super-Duper Marts chain operated chains stores throughout the United States and offered a wide variety of foods like Salisbury Steak and BlamCo Mac & Cheese and household products like Abraxo cleaner, gardening supplies and home décor.[1] The company also had a "Super-Duper Discount Club", offering 10% reductions on purchases.[1]

Some stores, like the Lexington location also had a cafeteria that offered customers hot coffee, espresso, tea, and other hot beverages as well as snack foods. Advertisements can also be seen in the Mojave Wasteland and a miniature model can be found in the World of Refreshment. An automated Super-Duper Mart can be found in the Appalachian city of Watoga, advertised as the "future of grocery stores."[2]

Billboard in the Commonwealth

Miniature model in the World of Refreshment 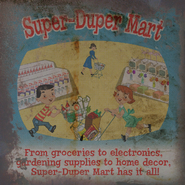 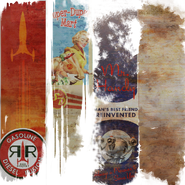 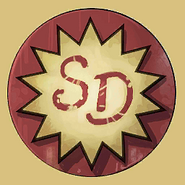