Fallout: New Vegas
“Howdy partner, welcome to the headquarters of the Sunset Sarsaparilla company. Wrangle up a stool and listen to ol' Festus jaw awhile.”— Festus

This pre-War building was the headquarters of a beverage and bottling company in Las Vegas. It is one of the largest buildings in the area and housed corporate offices as well as the regional bottling and distribution center. The building's most notable feature is the giant bottle that also acts as the main entrance into the facility.

Entering the factory, to the left is Festus, a cowboy robot who asks for Sunset Sarsaparilla star bottle caps. Asking him "Star Info" reveals the contest and triggers the quest The Legend of the Star.[Non-canon 1][Non-canon 2]

Another terminal activates a maintenance robot, Mr. Janitor, who collects bottle caps around the factory, and then disposes of them in a garbage can by the maintenance office he is found in. He gathers a total of over 550 bottle caps. There are three Sunset Sarsaparilla Security protections with one on the first floor initially, another is circling around the restroom section on the second floor, and one on the railings overseeing the bottling area.

On the first floor, the office of Marcus Brody can be accessed by picking a Very Hard locked door. Access requires going up one staircase and down another. Within that room is some scrap metal, miscellaneous toolbox items, and a terminal with status reports on the plant's various robots. There is also a miniature empty Sunset Sarsaparilla bottle on the shelf next to a barrel. There is a second Very Hard locked door down here, but the door is clearly swung open and would have otherwise led to a room of rubble. Opening it earns experience, but nothing else.

In the shipping room, there is an Average locked terminal. Activating the terminal reveals a discussion regarding an experimental delivery robot that was reportedly single-handedly running all the distribution in the Vegas area. In the bottling room, there is a lone surviving bottling robot. When talking to it, it first talks as if the Courier would be its master. But after realizing this is not the case, it becomes hostile and attacks. If a companion discovers it first, it will instantly become hostile. The furthest room in the back on the second level factory floor has a safe, an Average locked terminal, and a hole in the floor leading to a door that remains locked until Festus is given 50 star bottle caps, where the remains of Allen Marks can be found.

The Sunset Sarsaparilla headquarters appears only in Fallout: New Vegas.

The Sunset Sarsaparilla headquarters is located in the same geographical area as the real world Coca-Cola Store and Museum in Las Vegas, Nevada, that likewise features a large, many-faceted, three-story soda bottle that serves as the main entrance. 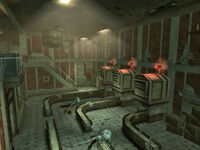 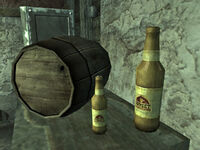 The miniature bottle in the Very Hard locked room

A few trucks sitting outside

Inside the big ol' bottle

The biggest cap of all! 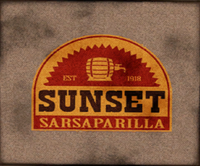 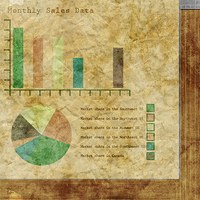