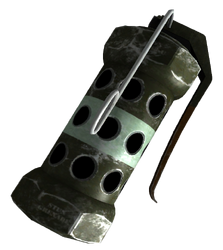 The stun grenade is a thrown explosive which was cut from Fallout: New Vegas.

This is a non-lethal thrown weapon, dealing 100 Fatigue damage along with 15 damage to an enemy's HP. 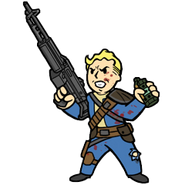 As depicted in The Boss
Русский
Community content is available under CC-BY-SA unless otherwise noted.
Advertisement