November 24, 2020
“Later this year, the Brotherhood of Steel returns to Appalachia in search of new technology. The continuation of the story arc started in Steel Dawn will introduce new NPCs, quests, and companions to the West Virginia Wasteland.”— fallout.bethesda.net

Steel Dawn is the sixth major update for Fallout 76. It features the return of the Brotherhood of Steel to Appalachia, and is the first chapter in a two-part Brotherhood storyline.[1] It was released on November 24, 2020, on all platforms. It follows One Wasteland For All and was followed by the Locked & Loaded update, and its direct sequel update Steel Reign was released on July 7, 2021.

The Brotherhood of Steel's First Expeditionary Force, led by Paladin Leila Rahmani, finally arrives in Appalachia after just over three months trekking across the country on foot. Sent by High Elder Roger Maxson, the First Expeditionary Force seeks to re-establish the Brotherhood's presence in Appalachia, and to provide assistance to the people living there. As the Vault Dwellers assist or deter the Brotherhood in their goals, the realities of the returning faction, and how it will interact with others, will become much more apparent.

Plans were first made for Steel Dawn's story in 2019, and the story went through several iterations. As part of their "writers' room" set-up for creating stories, the design team at Bethesda Game Studios Austin wrote many intricate backstories and attributes to be reflected by the characters in Steel Dawn.[2]

The soundtrack for Steel Dawn was composed by Inon Zur and was released for sale and streaming on February 4, 2021.

The following notes were added to the game as part of the Wastelanders update, however in Steel Dawn, picking up these notes unlocks crafting of the associated food item.

This section is transcluded from Fallout 76 keys. To change it, please edit the transcluded page.

Set to be released on December 1, 2020, the Steel Dawn patch was released early in error to Xbox players on November 24. The update was subsequently released early for all platforms.[7] 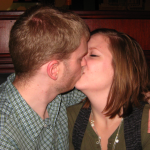