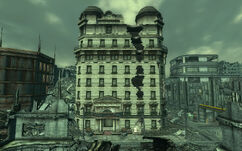 Reilly's Rangers (except for Reilly) can be found stranded on the rooftop, fighting off super mutants.

Because the hotel can be quite confusing, the loot is listed from the first floor to the roof. 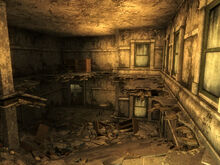 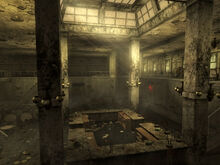 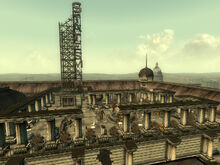 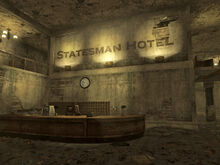 The lobby
Add an image to this gallery
Retrieved from "https://fallout.fandom.com/wiki/Statesman_Hotel?oldid=2097796"
Community content is available under CC-BY-SA unless otherwise noted.