Fallout 3
“Our suites are so sweet you'll never want to return to the tedium of everyday life.”— Advertisement

The Statesman Hotel is a twelve-story building in Vernon Square in the ruins of Washington, D.C. To reach the majority of this building, one must go through Our Lady of Hope Hospital and cross the fallen radio mast. The building is infested with super mutants and centaurs, but is a good source of ammunition and explosives.

Loot is listed from the first floor to the roof. 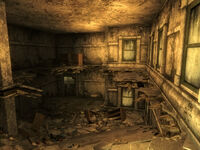 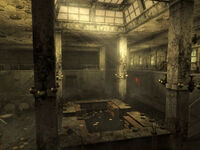 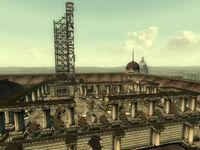 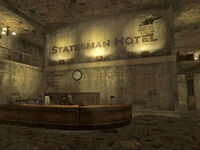 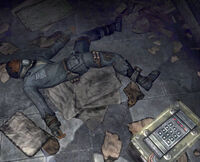