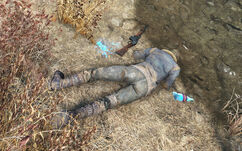 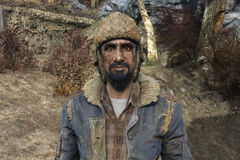 The stag hunter is a deceased man in the Commonwealth in 2287.

The stag hunter had often heard stories of a radstag that glows like Quantum and sought to find and kill the creature by using his concentrated Nuka Quantum to lure it out. He and his son were on the trail when mirelurks ambushed them. The stag hunter landed a shot on the beast but succumbed to the mirelurks' attacks as his son chased the stag.

Retrieved from "https://fallout.fandom.com/wiki/Stag_hunter?oldid=3129498"
Community content is available under CC-BY-SA unless otherwise noted.