Springfield is a town in Illinois, near the Brotherhood of Steel Bunker Beta. Its population consists mostly of humans with some ghouls. Around 2197, the mayor of Springfield was Chris Avellone. The other notable civilians were Carino the town guard; Joe the bartender; and Presnell the shopkeeper. 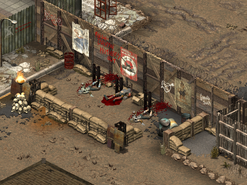 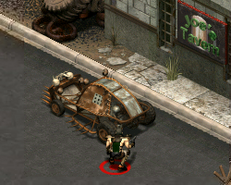 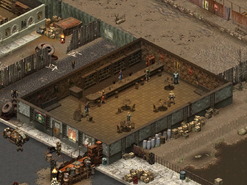 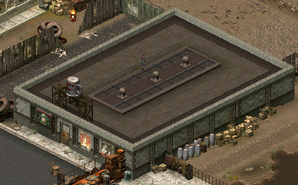 Springfield in game has much in common with the fictional town of Springfield in the long running TV series The Simpsons. Such as the two large cooling towers for a nuclear power plant, the town's statue which looks alot like the statue of Jebediah Springfield, as well as the large sign for "Plant Donut" which is reminiscent of Lard Lad Donuts. Another clear example is "Joe's Tavern" which is a refrence to Moe's Tavern. In episode Lemon of Troy, the town of Shelbyville is depected as a copy of Springfield, even having it's own Moe's Tavern complete with Moe, only named Joe, owning Joe's Tavern.

Retrieved from "https://fallout.fandom.com/wiki/Springfield?oldid=1808885"
Community content is available under CC-BY-SA unless otherwise noted.