The plant has two methods of attacking. Because of its stationary nature, its most common attack is a spike projectile which it spits at its enemies. This projectile has a very long range and can potentially be very harmful if exposed to the attack for too long. If an enemy gets too close, the mutant plant will lunge at them and bite with its thorned maw.

Found frequently throughout Vault 22, Zion Canyon, and sparsely in Big MT, these creatures are weak and pose little to no threat, even to low level characters.

A giant and much tougher version of the regular spore plant that is found in some of the caves of Zion National Park and can be sparsely found in the Big MT.

Landing a Critical Hit during V.A.T.S. with a powerful enough weapon can also send them flying in a ragdoll fashion.

Dionaea muscipula is the scientific name of the Venus flytrap. 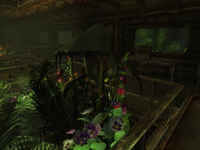 A spore plant in Vault 22 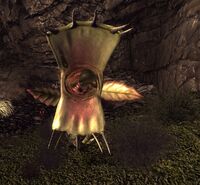 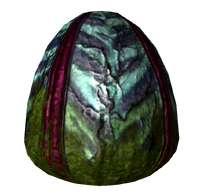