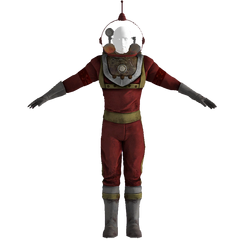 The REPCONN space suit and space suit helmet are pieces of clothing in Fallout: New Vegas.

These suits are used for traveling in the inhospitable vacuum of space. It is classified as light armor and can be repaired with radiation suits. It also has a high radiation resistance.

This armor is found in the REPCONN test site during the quest Come Fly With Me. It is found down in the REPCONN basement, overlooking the inaccessible irradiated rocket hangar, where one goes to give the fuel and thrust control modules to Chris Haversam. The space suit and helmet will be on a shelf to the left when entering the door. Unlike the suit, the helmet does not provide additional radiation resistance.

The only other space suits are worn by Bright followers, who will be found in the irradiated hangar. By killing them, extra space suits can be procured. 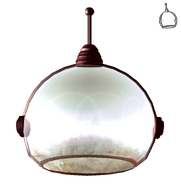 The space suit at the REPCONN test site 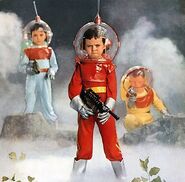 The image used to model the spacesuit