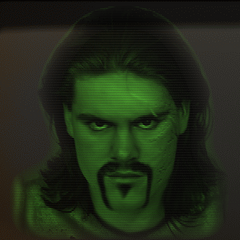 Snake is a pre-made player character in Fallout Tactics.

Snake was found wandering the wastelands by Brotherhood of Steel scouts. Snake had committed a succession of robberies in his old village. He was given two choices; starve to death in the wastelands or have both hands removed. It turns out he had a third choice: to serve the Brotherhood.

Snake appears only in Fallout Tactics.

Retrieved from "https://fallout.fandom.com/wiki/Snake_(Fallout_Tactics)?oldid=3361035"
Community content is available under CC-BY-SA unless otherwise noted.