A slot machine, or simply slots, is a machine utilized in casino gambling.

A arm level machine with three or more reels which spin when a button is pushed. Slot machines are also known as "one-armed bandits" because they were originally operated by a lever on the side of the machine (the one arm) instead of a button on the front panel, and because of their ability to leave the gamer penniless.

Slots can be played via dialogue in Fallout and Fallout 2. In Fallout, some slots are nuclear war themed and to win three nukes are required.

Bets can range from 1 - 200 chips, though in practice (as of patch 1.4.0.525) the highest a machine will accept is 75. The latest update only allows 40 as a maximum bet. Chips must be purchased from the casino cashier before attempting to play a slot machine (the machine won't be useable without chips in one's possession). Not all slot machines are usable, regardless of chips being available. Some slots are Special Win brand, the label of which is visible on the back of the machine.

Payouts are calculated by the bet amount and the payout multiplier.

Players should be aware that there is an additional no-win symbol on the reels that is not mentioned by the game. Players not familiar with slot machines may wonder why the symbols do not always line up. This is due to the fact that the divider 'line' in between the mentioned symbols is also a symbol. If one of the 'lines' falls in between the indicator arrows on the slot machine then the only way for a player to win any chips is with Cherry symbols.

Like Roulette, Slot machines are simple games of chance. It is unknown what exactly the casino edge is, though it is likely, though hard to prove, that having a Luck of 7 is the break-even point in the player's favor, though one would need deep pockets (to wait out long dry spells which would be matched by occasional jackpots) to realize that.

However, with a Luck of 10, Slot machines may be an effective and simple way to break the bank at a casino. Even Blackjack still requires a modicum of sense (so one is not constantly doubling-down on a hand of 20), but with Slot machines, the expected return with each pull of the lever is extremely positive. With a bit of starting cash (to wait out a few dry spells), even constant plays of a low bid (like the max 25 chips allowed at the Sierra Madre casino) will shortly yield a casino ban. So instead of having to remember when to hit or stay, one can just sit back, turn off the brain, take in the sounds, and rake in chips.

Slots can only be played at the following locations:

They appear in Fallout, Fallout 2, and Fallout: New Vegas,

Sometimes, when landing on one cherry, the slot machine will not give you the payout (x2); or when landing on multiple cherries, one of them may not be recognized, causing the machine to pay out at one level below what it should. The reason for this is unknown. [verified] 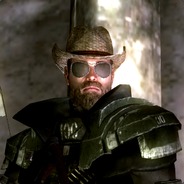 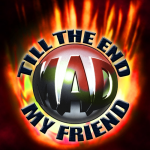 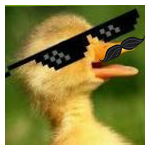