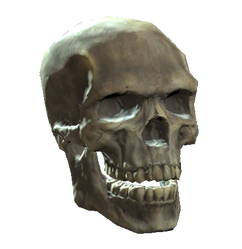 The skull and skull fragments are junk items in Fallout 4.

The skull and its various fragments are human skulls. They may be found scattered throughout the wasteland but, with a few exceptions, cannot be removed from complete skeletons.

The skull and skull fragments can be broken down into their individual components for use in crafting:

The skull eye socket miscellaneous item does not actually resemble the eye socket of the human skull. It more closely resembles the Foramen Magnum, the hole on the bottom of the skull which the spinal chord runs through. The item was most likely mislabeled. 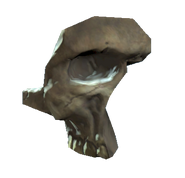 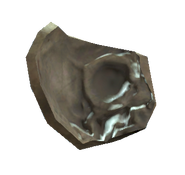 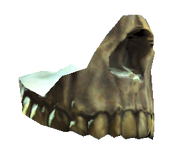 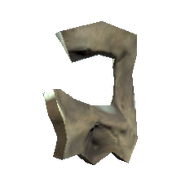 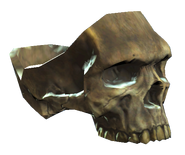 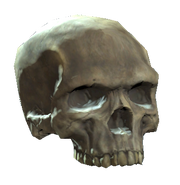 Upper skull
Add an image to this gallery
Retrieved from "https://fallout.fandom.com/wiki/Skull_(Fallout_4)?oldid=3267713"
Community content is available under CC-BY-SA unless otherwise noted.