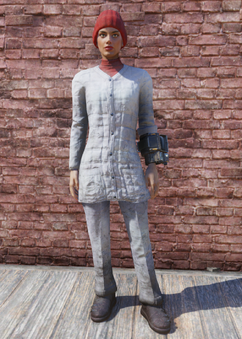 The skiing outfit has a long buttoned-up, white coat with two pockets at its bottom placed over a red undershirt. The outfit's pants are the same shade, while the shoes are a buckled black pair. There are a number of differently-colored variants, such as navy & orange, purple & white and red & green. 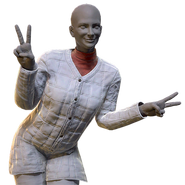 The clean skiing outfit as seen in the Atomic Shop menu 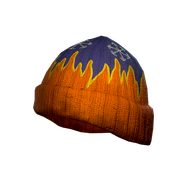 The Nuclear Winter beanie
Add an image to this gallery
Retrieved from "https://fallout.fandom.com/wiki/Skiing_outfit?oldid=3303772"
Community content is available under CC-BY-SA unless otherwise noted.