Start a Wiki
All Roads character 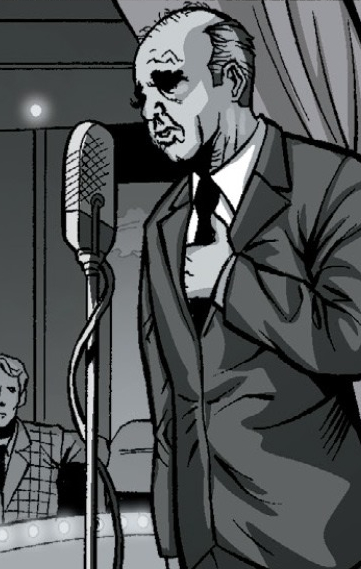 The Singer is a character in All Roads, the graphic novel released with the Collector's Edition of Fallout: New Vegas.

He was an older gentleman who believed The Chairmen should leave the city and head back into the Mojave Wasteland to become the Boot Riders again. When his songs of the old days begin to dredge up support for this move, he is the first to die by means of an overdose on Psycho in the novel. However, this dose was administered by Swank at the order of Benny.

It is possible that Tommy Torini is seeking to replace this lost act when he is encountered during gameplay, as it's mentioned during the novel that he is seeking a replacement for the act.

Retrieved from "https://fallout.fandom.com/wiki/Singer_(All_Roads)?oldid=2874286"
Community content is available under CC-BY-SA unless otherwise noted.