R. Lee Ermey
“Excellent work, warrior. The Beastlords have been eliminated and the monsters are no longer under their control. News of our victory has already reached the surrounding towns. The Brotherhood's reputation alone will now have new recruits flocking to our front door. Our scribes were correct on the Beastlords' relationship with their animal lackeys. The Beastlords inherent telepathic suggestion is a unique ability. It is acquired through prolonged exposure to an unknown radiation present within Mardin's underground caves. Unfortunately, we will not be able to duplicate this feat. The scribes explained that this unique mutation only manifests in humans that have been exposed for at least twenty years. But, it is of little matter, since science and discipline will always be victorious over ungodly mutation.”— After defeating the Beastlords at Mardin

General Simon Barnaky was the commanding officer of the Midwestern Brotherhood of Steel from 2197 until 2198. He was one of the original young paladins who disagreed with the Brotherhood's code and rebelled. He wanted to bring technology to the outside world, just not to every wastelander. Barnaky was also the squad leader of the elite Brimstone Squad.

Simon Barnaky was a part of the minority within the Old Brotherhood that wanted changes to policies, including the sharing of technology and knowledge with outsiders and letting in wastelanders. He believed that the Brotherhood of Steel had much to offer humanity, no matter how primitive humanity was; the Whachutu of Peoria are a prime example of people he believed the Brotherhood could help. However, Barnaky was bigoted towards mutants and believed they deserved nothing but scorn. When the elders started to include mutants into the Brotherhood, Barnaky openly spoke out against it. He questioned the wisdom in such an act, voicing his belief that mutations would taint the Brotherhood and questioned if the old elders were right. He was not alone in this view; the elders themselves didn't believe that mutants were truly equal to pureblood humans, but they felt they could contribute in other ways.

General Simon Barnaky had a wife named Maria. He dedicated his life to her and vowed to cleanse the land of impure mutations and monsters to allow normal humans to thrive.

In 2198, Barnaky was taken prisoner by Gammorin's Army in St. Louis. This same convoy, with the captured general, was then intercepted by the Calculator's robots and Barnaky was taken to Scott City. There, after extensive torture and experimentation, General Barnaky's brain was extracted and put into a robotic suit. The Calculator's plan was that Barnaky's knowledge about the Midwestern Brotherhood's internal and external workings could be used to facilitate many of the Calculator's further objectives.

Simon Barnaky, now as a humanoid brain bot with a semi-lobotomized brain and robotic programming, saw the power of the Calculator as humanity's last chance to bring a new order to the wastes. There was now a possibility to offer humanity a world of order and peace, a world free of war, free of mutants and chaos. The brain bot form of Barnaky ignored the fact that the Calculator was corrupted and sought to exterminate all life. Barnaky knew only that his "pacification protocol" was able to bring death to mutant abominations. He successfully retained a part of his consciousness along with new programming without conflict between them. After that, he had become the Calculator's right-hand. He was a protector and advisor, an enemy and betrayer to his old comrades, whom he believed to be corrupted by a genetic mutation. He tried to use his former position as a leader of the Midwestern Brotherhood of Steel to serve the Calculator's army by effectively erasing defensive measures of the Midwestern Brotherhood.

Faced with Simon Barnaky being listed as missing in action, the rank and position of general/commanding officer of the Midwestern Brotherhood of Steel were given by the elders to Dekker.

While Simon Barnaky's brainless body was discovered in Scott City, the truth about his alliance with the Calculator was only revealed in Vault 0, where the Warrior encountered brain bot Barnaky guarding the Calculator. Barnaky was very confident in his master's goals, believing the Calculator's way to being the best for the wasteland.

There are three possible ways the general's story can end, depending on how the Warrior chooses to deal with him:

Simon Barnaky appears only in Fallout Tactics: Brotherhood of Steel. 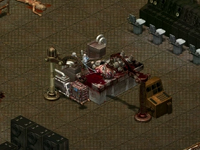 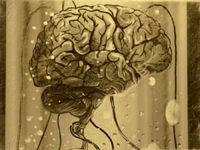 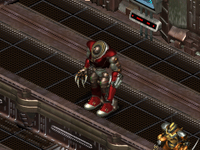