The Silver Bridge is an unmarked location in Fallout 76.

The Silver Bridge was built in 1928, spanning the Ohio River and serving as a link between Gallipolis, Ohio and Point Pleasant, West Virginia.[1] It was the first eye-bar suspension bridge in the United States.[1]

On December 15, 1967 during rush hour traffic, the bridge collapsed, resulting in the deaths of 46 people.[1] A year after the catastrophe, Congress adopted the National Bridge Inspection standards to avoid further tragedies.[1] After the war, the Vault Dwellers can find what remains of the bridge, utilized by members of the Cult of the Mothman as an altar.

The bridge is referred to as the North Road Bridge in the Fallout 76 Vault Dweller's Survival Guide.[2]

The Silver Bridge appears in Fallout 76.

The Silver Bridge is based on the real world Silver Bridge, that connected the equivalents of Point Pleasant, West Virginia and Gallipolis, Ohio. The collapse of the bridge and details described are likewise based on the actual event, which took place on December 15, 1967.[3]

The border with Ohio

Room built in entrance to the bridge 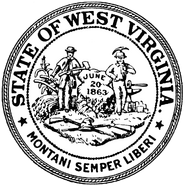 As seen on the map