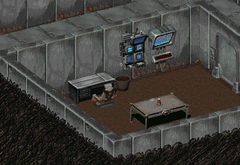 Search the bin, not the desk

Today's top story on GNN. In a financial coup, the US managed to be the first to tap the world's last remaining supply of oil. Until recently this reserve of oil was thought to be unattainable due to the deposit being located thousands of feet beneath the surface of the Pacific Ocean. With the world's supply of oil nearing depletion, a race to be the first to create a method to extract this deposit ensued. We at the GNN are proud to announce that US is the first to do so and thus claim the oil as property of the United States. Way to go US!

China cries foul as news of the success circulates around the globe. According to President Xin of China, their drilling platform project was scheduled for completion months before the US project, however the Chinese platform had a string of unfortunate accidents delaying their project significantly. President Xin is also quoted in saying that he has definitive proof that the US was behind the sabotage of their oil platform and formally requests that an international panel be appointed to investigate.

In other news, riots rock the nation as gasoline prices skyrocket to all time highs. Records were broken as the price of gas surpassed the current rate of gold bullion.

Here at home, the winter temperature is a chilly 100-110F with lows reaching a freezing 90F along the coast. Dress warmly today!

Negotiations between the US and other world powers has come to a dramatic end, with the president walking out of oil talks with the other world powers. After a much heated debate, the President stormed out of the meeting and declared that the last known supply of petroleum will be used exclusively by the US and the US will not sell or trade any oil to outside parties. Threats of UN sanctions fall on deaf ears.

Industry screeches to a halt across the globe as oil reserves are depleted. The cries of the desperate, however, do not fall upon deaf ears as exports from the US increase twentyfold despite UN sanctions. The US economy is seeing it's greatest growth since the Reagan Era.

History was made today as Canada, by popular demand of its citizens, agreed to be annexed by the US. The President is quoted as saying, "Canada is one of the world's greatest sources of hockey players" and will be a welcome addition to the U.S. In return, sources say Canada will receive a full 10% of the world's remaining supply of oil, controlled exclusively by the US, as well as a 50% reduction in taxes since they now fall under US tax laws.

In sports today, the Little Rock Saints and the Anaheim Jets battled it out at Super Bowl CXII. It was a real nail-biter, but J. Montana IV managed to save the day by running the ball all the way from the 5 yard line to score the winning touch down during the final seconds of the game. The final score 95 - 90. The Anaheim Jets win Super Bowl CXII.

In a stunning display of solidarity, the House of Representatives and Congress both voted unanimously to impeach the President for jaywalking. Both houses stated that the President is not above the law and should have known better than to jaywalk. Both sides deny this had anything to do with the recent annexation of Canada.

Today the President ordered the Pacific Fleet to the Poseidon deep sea oil derrick located at a secret location out in the Pacific. He cited concerns over that military exercises staged by the Chinese fleet are "unacceptably close to our strategic oil reserves." The Chinese government denied any hostile intentions.

A recent poll suggests that 54% of GNN viewers think that the President is using this as a diversionary tactic to take the public's eye off the President's recent admission to having multiple extramarital affairs with campaign staffers. Our poll also suggests that 70% don't care about these affairs and are happy with the way the President is running the country. A whopping 60% also think he should keep having these affairs if that is what it takes to keep the country running smoothly.

WAR! A state of war is declared as China invades the United States by way of Alaska! Protests by the US fall on deaf ears as the UN council chooses to ignore this blatant act of aggression. The President of the United States is calling on YOU to help defend our country against those that would do harm to her. YOU are urged to go down to your local recruiting office and join the armed forces. Uncle Sam needs YOU! For Justice, for Freedom and Mom's Apple Pie.

Much of the information on this holodisk contradicts established Fallout canon, including Canada's formal annexation beginning on February 14, 2075, when in fact it was officially announced on June 3, 2072,[1] and the process began six years earlier, in the winter of 2066.[2] A final error is putting the start of the Sino-American War in 2077, eleven years after it began according to canon sources.

Chris Avellone's Timeline from the Fallout Bible retcons part of the holodisk, explaining that the information it contains is non-canon, as that the Sierra Depot soldiers modified the transcripts out of boredom.[3]

Retrieved from "https://fallout.fandom.com/wiki/Sierra_Depot_GNN_transcript?oldid=3206630"
Community content is available under CC-BY-SA unless otherwise noted.