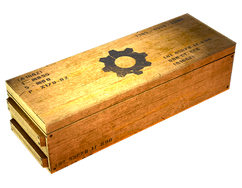 Shrouded is an armor mod for wood armor in Fallout 76.

The shrouded mod makes wood armor 75% lighter and gives the player character improved stealth in darker areas. It also gives the 'Stealth Move' effect, incrementally increasing move speed while sneaking based on the number of worn pieces of shrouded armor.

The mod can be applied to the chest, arms, and legs.

Crafted at an armor workbench.

Retrieved from "https://fallout.fandom.com/wiki/Shrouded?oldid=3313901"
Community content is available under CC-BY-SA unless otherwise noted.