Seward Square is an area of downtown Washington, D.C. It is where the Reilly's Rangers compound is located.

Seward Square can be reached through Anacostia Crossing Station and can also be reached through a sewer system from Pennsylvania Ave or through The Capitol Building from The Mall. A battle between Talon Company mercs and super mutants will be taking place on the Capitol Building's steps, with exploding cars in the crossfire. To the east near the subway station (near Reilly's Rangers) is also the location of a scripted Enclave Vertibird drop-off with a sentry bot.

Seward Square appears only in Fallout 3. 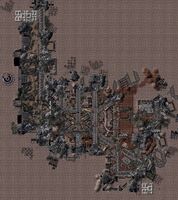 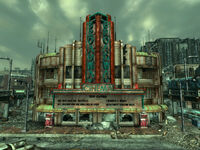 5th and Broadway. The Broadway Cinema 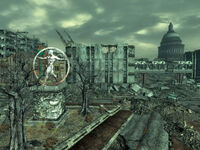