The Settlers are a faction in Appalachia.

After the Great War, Paige - a former head of the Construction Workers Union in Washington, D.C. - and a number of other survivors took the last train out of Union Station. As they left the Capital they saw the toxic green air lingering above the city.[2]

Paige and his group eventually reached the city of Pittsburgh in Pennsylvania, where they would stay. Eventually, though, it became too dangerous to live, and they decided to leave. Paige led a great number of citizens from Pittsburgh south.[2] Along the way, people from many places joined them, including from the Capital Wasteland.[3] Generally made up of people well-versed in construction, the Settlers are a hard-working and industrious crew. Despite its people originating from many different locations, they are primarily hailing from parts of Pennsylvania.[4]

Sometime after arriving at Foundation, Ward took charge of the day-to-day operations of the settlement, although still formally answering to Paige.[5][1] The settlement is the first step in the faction's plan to reclaim Appalachia.[6] 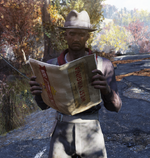 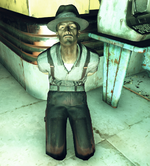 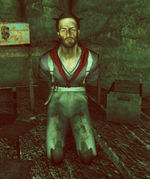 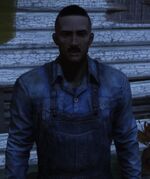 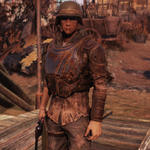 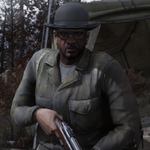 In conversation with Leila Rahmani, a Raider-aligned player character can refer to the Settlers of Foundation as "those dorks hiding in the giant log cabin."[8]

Settler graffiti in the fortification south of Foundation 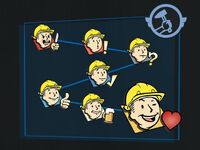