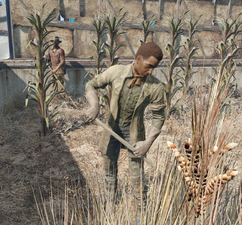 Independent
Commonwealth Minutemen
Covenant
The Institute
(as a synth with Gen-1s and Gen-2s, during Defend)

Near or in settlements
Random encounters

Settlers are wastelanders living in various settlements across the Commonwealth in 2287.

Settlers are the common people of the Commonwealth. They can include wanderers, former residents of Diamond City or Goodneighbor, scavengers, former raiders or Gunners, and even Gen-3 synths who are covertly working for the Institute or rescued by the Railroad, trying to integrate into a normal life. Even wastelanders trying to scrape out a living will sometimes give up their solitary life as a wanderer and move into a soon-to-be-thriving settlement, usually under the protection of the Commonwealth Minutemen. After taking up residence, new settlers can serve a variety of roles in the community to earn their keep; some help to actively defend the settlement, grow crops, serve as shopkeepers, scavenge, etc. In the event that a settlement is attacked, all its inhabitants will gather to protect it. A few settlers willing to put their lives on the line for their loved ones may leave their simple life as a farmer to join the Minutemen to fight for the common good.

Speaking to a settler from one of the Sole Survivor's settlements will allow them to access their inventory and select their equipment much like they would a companion. They can be armed with better weaponry than their default pipe pistols, but don't consume ammunition provided they have at least one unit of the correct ammunition for their weapon. The same holds true with grenades. The only exceptions are the missile launcher or Fat Man, as these are tagged with "NPCs Consume Ammo".

Unassigned settlers default to gathering any unassigned crops should there be a deficit of food. Assuming the player character is present, during daylight hours these settlers, as well as those assigned to a Scavenging station, will patrol the settlement when not working, and if chairs are present will periodically stop to sit and eat. At night, settlers will gravitate towards the most well-lit parts of town, particularly around a food stall, if built, regardless if occupied or not. Thus, strategic placement of chairs and lights can allow these settlers to assist in monitoring a settlement's perimeter for intruders or, conversely, herd them towards a settlement's center.

Sometimes, as the Sole Survivor wanders the wasteland, they may come across a small band of settlers, often in groups of three or four, fighting against a band of enemies, from raiders to super mutants. Should the Sole Survivor save these settlers, it would give them the option of going towards one of the allied settlements.

Settlers appear only in Fallout 4 and the Fallout: Wasteland Warfare board game.

Settlers may spontaneously stop working. They can be reassigned to resources temporarily but they will revert back to their unassigned state after a short time. [verified] 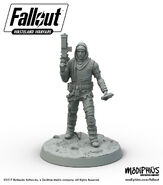 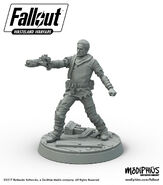 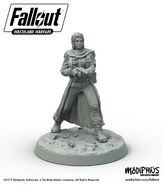 Add an image to this gallery
Retrieved from "https://fallout.fandom.com/wiki/Settler_(Fallout_4)?oldid=3123007"
Community content is available under CC-BY-SA unless otherwise noted.